Home - News - Gabriele – the future belongs to those who deserve it

Gabriele Crivellaro is 14 years old and has a dream – entering the Top 100 tennis player worldwide ranking.

He can make it, because he’s very humble, has a rare talent, a positive attitude, and a strong will.

When we met him, last summer, we were amazed by his tenacity and way of staying very positive, even though his first fan – his dad – passed away just a few weeks before, right when he was competing in a tournament away from home, in Slovenia.

This happening obviously affected Gabriele’s performance, so that at the Italian Championships – where he was determined to win – he lost the quarter-final match against all odds.

However, he won the doubles title – which meant that his strength and tenacity, no matter how challenged they were, weren’t completely turned off.

Following these happenings, Francesco Borgo, Accademia PRO TENNIS NETWORK’s Head Coach and Gabriele’s main point of reference, had to make the hard decision not to enrol him in the championships in September.

“Putting Gabriele on hold for a while and giving him the time to process what happened – that was the only possible choice. Easing his psychological pressure, giving him the time he needed to stand again. All this, however, without breaking his commitment to training – in fact, focusing right on his physical and mental improvement”, recounts Francesco.

Last September, Gabriele started attending a Sport High School. That’s a challenging choice that will make him able to get neat and methodical to face a routine requiring discipline, effort, and a great spirit of self-sacrifice to combine education and sport.
His weekly program consists of a three-hours-a-day training – from Monday to Friday, and on Saturdays he trains twice, in the morning and in the afternoon.

“When we met Gabriele for the first time, we saw the sparkle in his eyes every time words such as red clay, racket, and tennis balls were mentioned. We saw his gaze lighting up when Francesco talked about his future projects. That’s when we realised it. We realised that any effort you may ask Gabriele to make, he’s ready to face it, because all this is no sacrifice for him – it’s a passion”, Silvia Ortolani, Sales Director, Esseoquattro.

His final goal is to enter the Top 100 player worldwide ranking… and when he gets there, anything can happen!

“When we met Gabriele for the first time, we had no doubt. We chose to support him on this ambitious project, because the future shouldn’t be beneficial only for those who can afford it. It should mainly be an achievement of those who deserved it because of their hard work”, Valeria Ortolani, Marketing & Communication Manager.

Now, our Rose Team is planning one more ambitious project in their future, and it’s called Gabriele Crivellaro. We strongly believe you’ll soon hear of him. 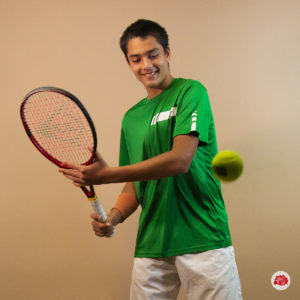 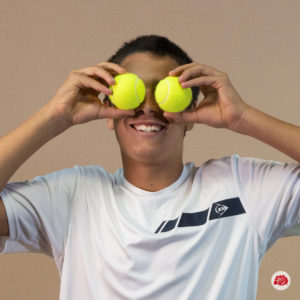 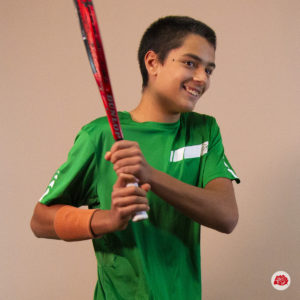